the history of scotts of thrapston

As Scotts of Thrapston celebrates its centenary in 2020, a commemorative video has been created to demonstrate that personal customer service, craftsmanship, experience and quality are central to the heritage of this highly respected family business.

This centenary film remembers and celebrates the Scotts proud history. 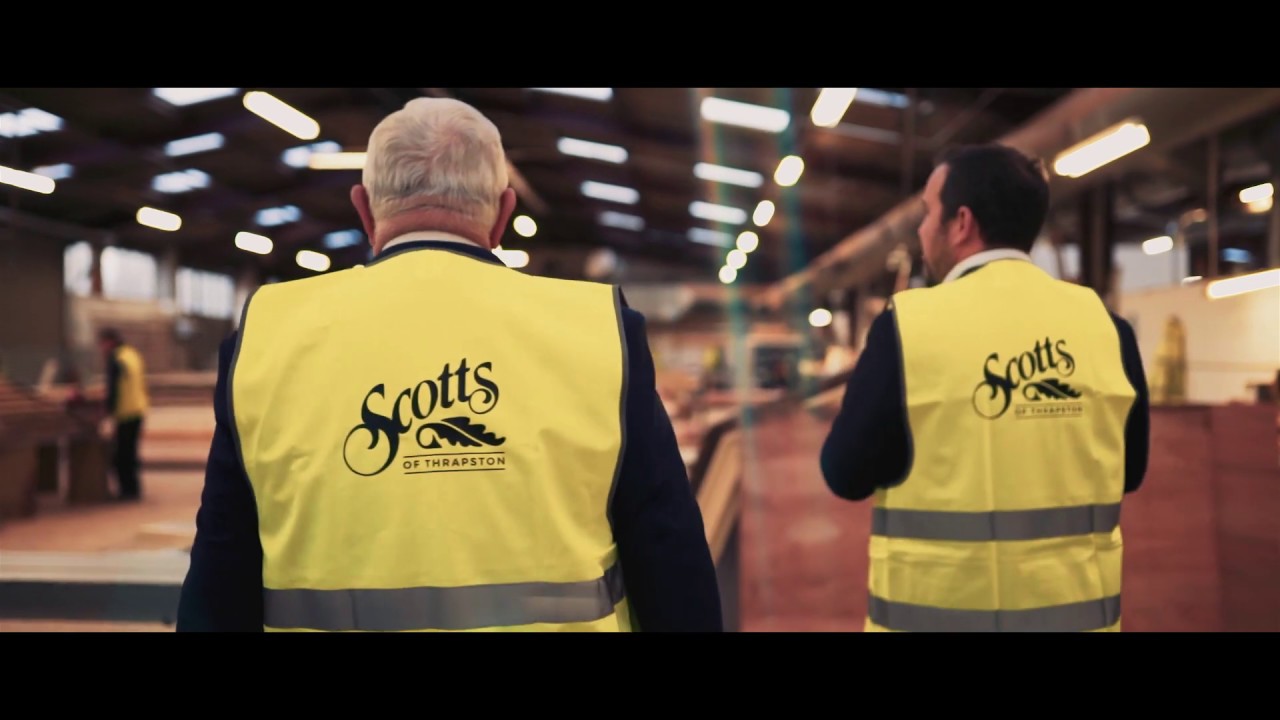 Scotts has become somewhat of a national treasure, but started out as the brainchild of a rather unsuccessful fortune hunter, namely James Scott, who upon returning home to Thrapston from the Canadian Gold Rush, at the turn of the 20th Century, founded the now long-established family business. Little did he know back then that Scotts of Thrapston would become a brand synonymous with quality timber products and stand the test of time in such a remarkable way.

All those years ago, James seized upon the experience of skilled cabinet makers who had learnt their craft making timber wheelbarrows, ladders and chicken coops in support of the war effort during the years from 1914 – 1918. James employed several members of staff to manufacture a wide range of timber products, including agricultural appliances and small buildings for poultry and livestock, setting up the business in 1920, in premises only 200 yards from the current Scotts Head Office.

The main thrust of the timber buildings business came in the late 1930’s at the beginning of the Second World War, a time when the company’s skilled craftsman were again in demand for the nation’s self sufficiency requirements.

It was around this time that the company started designing timber summerhouses for the British gentry, the pioneers of this now quintessentially British accessory. In fact, some of these early Scotts garden buildings are still standing in many fine gardens today.

James’ son, Douglas, joined the business in the late 1930’s. Douglas was considered more ambitious than his father and he was determined to make a name for Scotts within the poultry industry. The company began making a variety of new poultry products and also diversified into other areas, such as dog kennels, Wendy houses, trailers, bus shelters and kiosks.

Ambitious and determined as he was, Douglas was not an exponent of effective marketing. This vital aspect was injected into the business with the arrival of a third generation of the Scotts family. David Scott, the current chairman, joined a year before the death of James in 1962, so it was with his blessing that David kept the family principles and drive alive, combining them with ideas from a modern, corporate world and building Scotts into what it is today.

The joinery division was added into the company in 1972 and a roof trusses division in 1976, the year Douglas retired.

From the purpose built factory, which was Douglas’s last project before retirement, David took to the helm and created advertising campaigns, developed a sales network across the UK and overseas and launched new products for the equestrian market. In the early days he worked in the factory making his new products as well as helping install them on site, to acquire a real understanding of Scotts’ customers.

David’s passion for the business helped drive the expansion of the Scotts range of summerhouses, forming relationships with partners such as The National Trust and the Royal Horticultural Society, and acquiring various smaller companies along the way.

Now, nearly 100 years on since a fortune hungry, globe trotting James Scott founded the business, Scotts of Thrapston continues to be admired for its craftsmanship, quality and attention to detail. A regular exhibitor at many of the country’s premier events, including the RHS Flower Shows and Burghley Horse Trials, innovation continues to course through its veins and there are plenty of significant developments set to come.

David’s son, named James after the company’s founder, joined the business in 2000 and has been heavily involved in the timber stables and timber buildings side of the business ever since. James is the current Managing Director and is energetically looking to the future to continue the Scotts tradition of quality and innovation. Although David is very much involved in the business, James is looking forward to overseeing the next chapter in the life of this successful family business.